French bulldogs come in different sizes and shapes. They’re tall, skinny, chunky, and look fat sometimes. However, it’s important to know when your pudgy Frenchie is obese. An overweight French bulldog would be prone to other health issues.

The breed is adorable, and those puppy dog eyes can melt anyone’s heart. However, it might be difficult for you to refuse over-indulgence, which may result in weight issues. To maintain your furry friend’s lifespan and health, you need to understand what an obese Frenchie looks like.

Weight issues can lead to a broad spectrum of problems, including heart disease, joint damage, breathing difficulties, and diabetes. To decipher the problem, you need to know if your Frenchie is overweight or just fat. In addition, there are some other points you need to discover, and this article covers them.

Is Your French Bulldog Overweight?

Overweight French bulldogs have the tendency to hog and don’t always show self-control when it comes to food. A combination of over-eating and lack of regular exercise is lethal, resulting in fat and weight problems. There are other reasons for weight gain as well.

Manual Check To See If Your Bulldog Is Overweight

You can depend on manual checks of your munchkin’s body, specifically their upper torso, to see if they’re obese or not. This is an easy procedure. Here’s how you can decipher whether your French bulldog is obese without using weighing machines.

You can get an opinion from a professional veterinarian doctor if you have concerns about your overweight French bulldog. However, before that, you can notice some signs that will help you decide your bulldog’s condition. Some of the most common ones are given below.

Signs That Your Bulldog Is Overweight 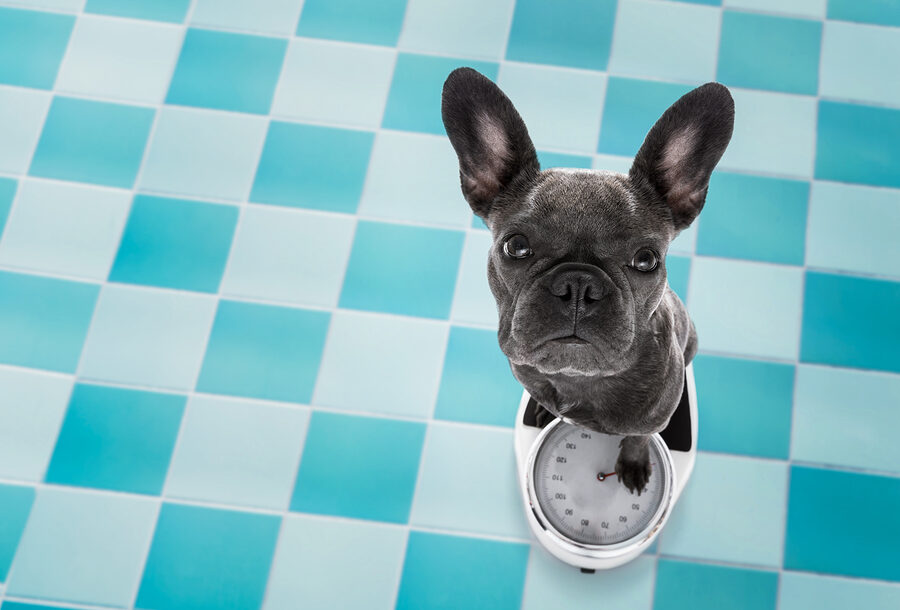 Besides being able to touch and feel the ribs, you must also be able to observe your dog to determine if it has an acceptable weight range. For example, a French bulldog will have a thin, fat layer over its ribs if it’s in the acceptable weight range for its size and gender. This will be noticeable when they stir.

You should be able to notice and feel its spine when it bends or curls itself. The spine is also covered by a thin, fat layer when they’re an acceptable weight. So you can check if your munchkin is obese by looking at it from above.

It will be visible as an hourglass shape if it’s not carrying extra pounds, with a noticeable waistline that’s smaller than its chest.

No matter the breed you own, if you see a doggo without any defined muscles, it’s a sure shot sign of obesity. No dog should look like they’re pregnant all the time. Hence, a round and full-looking belly is a definite sign pointing in the direction of an urgent need to exercise.

French bulldogs are required to have a powerful appearance and strong chests with visible defined muscles. If your overweight French bulldog lacks definition, it might need a change in diet.

However, you must check with a professional vet first. Some bulldogs are stocky while others aren’t, and this differs depending on their breeding and genetic lineage.

It’s a widely-known fact that French bulldogs experience breathing problems when they run or walk-in hot weather conditions. Frenchies can’t regain their breath after heavy exercise. However, if your bulldog breathes heavily and pants while lying or sitting, you need to get concerned.

No dog should have fast, heavy breathing while struggling to catch some air. Another situation when your munchkin shouldn’t breathe heavily is when you’re walking at a normal pace for no longer than five minutes. If your dog needs to halt after short walks, it might be an indication.

One of the other visible indicators is your Frenchie cannot climb stairs and steps like it used to. This means that it needs to lose weight as soon as possible.

The conclusion is that if you’ve eliminated contributory factors like hot weather and your Frenchie is still getting exhausted when it shouldn’t be; you need to consult your vet. In addition, your overweight French bulldog might need some professionally developed fitness and dietary plans.

Inability To Scratch Itself

It’s normal behavior for a dog to scratch its body parts from time to time. In some cases, when a dog has frequent itches, it’s a side-effect of an underlying problem. Some potential issues could include yeast infection, allergy, or bacterial infection.

Although Frenchies can’t reach certain parts of their body, it doesn’t mean that they can’t scratch and lick themselves. You must take note of your dog going through the struggle of its lifetime to scratch his ear.

Every dog should be able to scratch or groom itself without experiencing difficulties. However, your dog could be experiencing troubles as fat has replaced its flexibility. So, licking paws or scratching ears is considered a standard ability.

What Is The Ideal Weight For A French Bulldog? 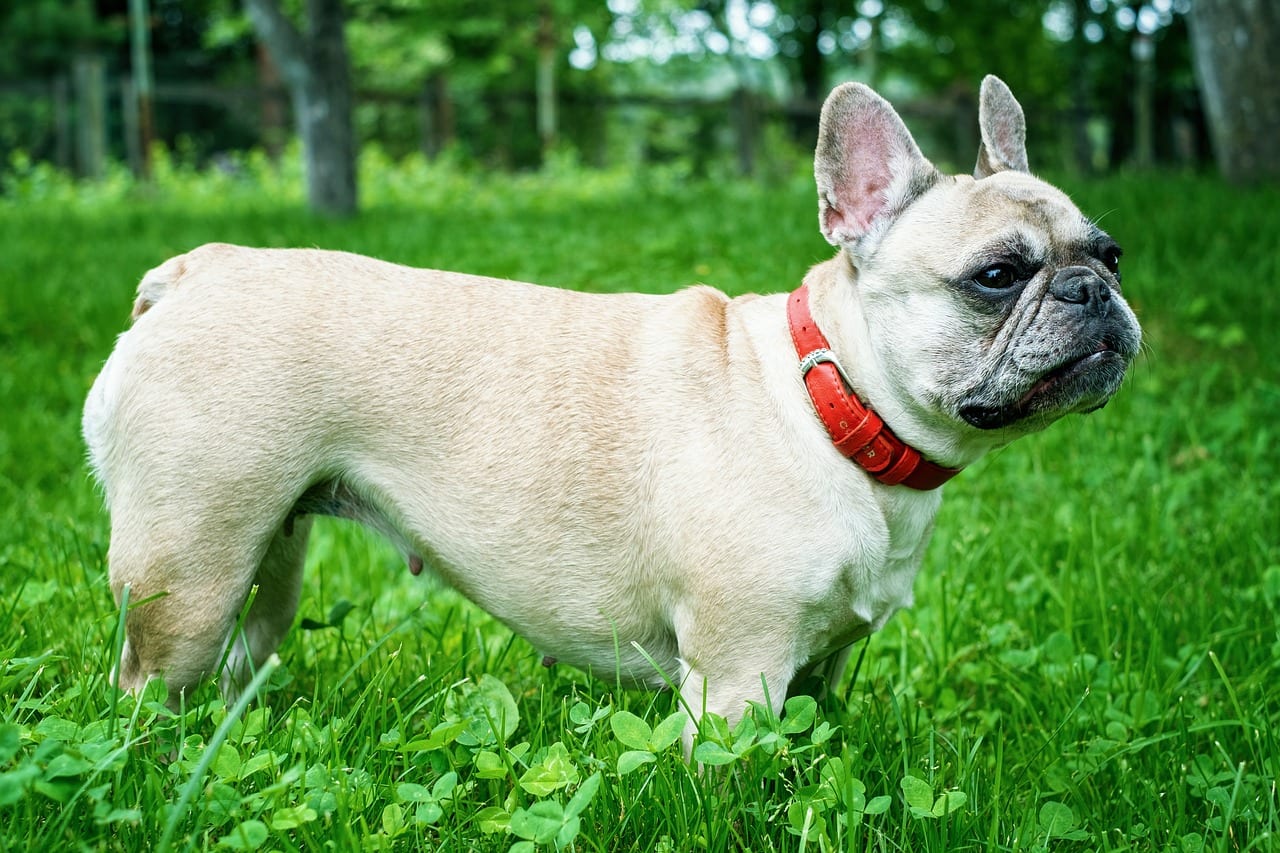 The ideal weight for a French bulldog can vary dramatically according to their gender and size. Therefore, it’s not helpful to understand how much an overweight bulldog can weigh. Please don’t get hung up on how much yours does because it won’t be an accurate barometer of whether they’re clinically obese or not.

It will often be according to how small or tall they are, with some weight being muscle weight. Gender is also a determining factor here. Males are heavier than females.

According to Vet Care Animal Hospital, French bulldogs are prone to obesity. Added pounds can shorten your beloved munchkin’s lifespan by causing health complications. However, just because your pup is likely to gain weight doesn’t mean it will.

According to American Kennel Club, the French bulldog usually stands tall between 11 to 13 inches from paw pad to shoulder. In addition, the breed should weigh less than 28 pounds in adulthood. A typical French bulldog weighs 16-30 pounds and has a height of 11 inches to 1 foot.

Regular weigh-ins are very important since Frenchies have a heavy front structure, with larger heads and wide shoulders relative to their body’s size. This can make the breed appear bigger than they are.

The Ideal Weight For A Male French Bulldog

Male French bulldogs should ideally weigh between 20 to 28 pounds, which is 9 to 13 kilograms. Their height should be about 11 to 12 inches, which is 28 to 30 centimeters. Male bulldogs weigh slightly more than female bulldogs.

The Ideal Weight For A Female French Bulldog

Female French bulldogs should ideally weigh between 18 to 26 pounds, which is 8 to 12 kilograms. In addition, their height should be about 11 to 12 inches, which is 28 to 30 centimeters. However, for both female and male Frenchies, the ideal weight depends on other factors like body shape and genetics.

How To Get Your French Bulldog To Shed Weight

Your French bulldog might weigh more or less than the ideal weight or might be taller or shorter than the average. But, just like people, Frenchies take after their parents in terms of body structure and genes.

This means that you can’t use the average as the final verdict before deciding what your bulldog should weigh. According to its parents, your doggo’s weight goals will be where and how it carries its weight, its daily activity, food, and other factors.

When you’re in doubt, it’s best to consult a doctor about your dog’s dietary requirements and weight. However, if you still feel that your dog is overweight, here are a few ways you can make it shed some extra pounds.

It’s best if you give your dog food containing fewer calories, high protein, and more fiber. By following such a regime, your dog will burn calories faster and lose weight faster.

According to professional vets, dogs should eat a maximum of 25 calories for every pound they have. So, if your Frenchie weighs 25 pounds, it can consume only 625 calories every day.

Raw food is the best choice for all the breeds on the planet. It’s a healthy option for French bulldogs as well.

If you take a look at the history of dogs, you’ll see that dogs used to eat only raw food and survived due to hunting prey. So even though today’s dogs are domesticated, there’s something left in their genetics. It’s their digestive system.

A raw diet consisting of fresh vegetables, raw meat, and fresh fruit will definitely suit your pooch’s stomach well. You can switch to the BARF diet to keep your bulldog in good shape.

Feed It The Right Amount

According to some research, 68% of dog owners don’t feed their dogs according to proper guidelines. This leads to overfeeding and ultimately weight gain. It would be best if you always referred to the guidelines mentioned on commercial food labels.

If your pooch is seriously obese, then you must try reducing the amount of food you’re feeding it. However, it’s best if you do this according to your vet’s advice. You can ease your dog’s eating and check the quantity they eat.

Limit The Number Of Treats

For a French bulldog to have an ideal weight, you must follow a rule. Vets call this rule the 90/10 rule. It means that snacks and treats shouldn’t go beyond 10% of the doggo’s daily caloric intake.

You’ll be shocked after seeing the number of additional calories your obese Frenchie consumes from taking crumbs dropped from a table or in the kitchen.

It’s a widely misinterpreted thought that French bulldogs are a lazy breed who don’t require lots of exercises. On the contrary, Frenchies love exploring the great outdoors, and their friendly, playful nature begs for new adventures each day.

Although it’s correct that they don’t need a lot of exercises and can’t pad along for long distances, specifically in summer or warm conditions, they require regular exercise.

You should walk your Frenchie twice or thrice every day if you can, every time taking about 30 minutes. This will make your Frenchie muscular and trim instead of being overweight.

If it’s possible, you can get your Frenchie a doggy treadmill to maintain its fitness.

According to professional advice, you should walk it early in the morning or late in the evening during summer or warm days. On the other hand, you should pay special care in giving it an extra layer during winter or cold days. Every dog should have jackets, hoodies, and dog boots.

If you own an overweight French bulldog who requires losing weight and going on a diet desperately, you must have a fixed goal in mind. Then, you and your vet together can decide on the target weight.

As soon as you have a goal weight, you should have a regular weighing session about every two days. This will aid you in keeping it on schedule.

Weighing your fat Frenchie will be an easy task. Measure your weight on the scale first and pick it up before stepping on the scale again. Subtract the weights and find your dog’s weight. Ensure that you pick up your doggo carefully without hurting it.

This particular breed has genetic health problems that come with increased appetite. You need always remember this, and even though your dog loves food, you need to follow the rules.

It would be best to stay alert for signs of enthusiastic eating as they might be due to underlying health conditions. Some health issues that cause bulldogs to become overweight are listed below. 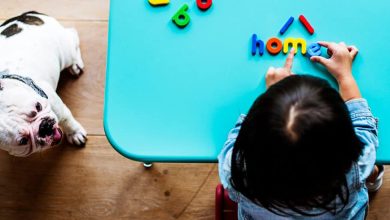 Are French Bulldogs Good with Kids? 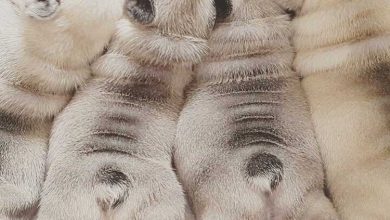 Everything You Need to Know About French Bulldog Tail 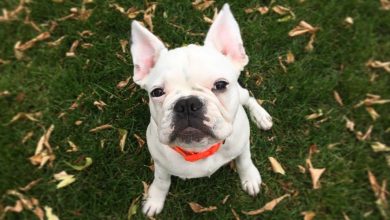