We all love having a furry friend in the home that you can count on and that you can always count on them to make your day brighter!

Dogs are known for their extremely strong sense of smell. They have around 300 million receptors in their noses dedicated to sensing scents!

To assist this purpose, dogs have naturally wet noses caused by continuous hormone secretion from their nasal glands. This is combined with secreted mucus from other glands, which keep the nasal canals wet. This improves the nose’s ability to absorb incoming scents, helping the dog identify different scents more clearly.

But what if my French bulldog’s nose is dry? That’s a question you can ask if you see certain symptoms in your doggie, and this article will help identify the different symptoms of a dry French bulldog nose and how to cure or prevent that from happening.

So, let’s get into this article and see if we can help your pup!

Is it bad if my French bulldog’s nose is dry? 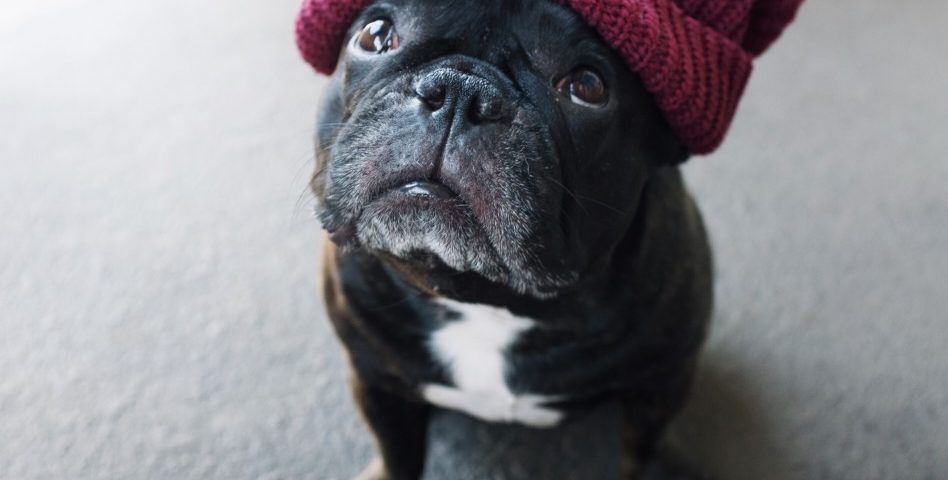 Not necessarily. A doggie’s nose can be dry for a number of reasons, and simply having a dry nose doesn’t mean that something is wrong with your pup. Here are some of the most common reasons that your Frenchie has a dry nose.

Cold winters and dry summers have a prominent role in your dog’s nose being dry. During winter, your pup might prefer napping beside heaters or the fireplace, which can make its nose drier.

You can solve this issue by taking them away from the heat source and waiting for about ten minutes. Hopefully, you’ll see your dog’s nose is wet again!

Staying in the sun for too long can make your pup’s nose dry and cause several other issues. For example, your dog can get sunburn in their nose as well!

A great solution for this is to get a sunblock for your dog, like this easy-to-use spray sunblock from Emmy. This spray is very easy to use, safe for all breeds and moisturizes the pup’s skin.

You also won’t get greasy hands since the mechanism allows you to spray the sunblock onto your dog’s skin.

Another great sunblock for pets is called “My Dog Nose It”, and you can check it out on Amazon at this link. The great thing about this sunblock is that it has several natural ingredients, like Carnuba Wax, Coconut oil, and it acts as a moisturizer as well as a sunblock.

It is also possible that your dog is having a reaction to something or its allergies are acting up, though this issue comes with several other symptoms as well. Symptoms might include itching, irritation, maybe some sort of hair loss, as well as notable discomfort in the dog’s behavior.

Curing allergies is a bit of a longer process. You’ll have to start by checking what your doggie is reacting to. This could be its diet, some shampoo you use for him, or something it came into contact with.

Possible remedies can be to change their diet, meaning that if they’ve usually been feeding on chicken or beef, try giving them lamb or fish instead.

This substitution should be done alongside feeding your Frenchie supplements as well. Proper supplements, like Omega 3, Omega 6 and other fatty acids, help keep a Frenchie healthy and will prevent a French bulldog dry nose.

Replace any cleaning chemicals with those that are safe to be used in houses with pets. A common issue amongst homeowners is that pets walk on recently wiped floors. This way, chemicals can track onto the paws, which might cause a reaction.

The most common reason for dry noses is dehydration. It can happen to dogs if they don’t drink water and other liquids regularly.

This can also cause a dog’s nose to become cracked, and this is especially frequent in periods of extreme heat. Certain medical issues can also cause hydration, so a visit to the vet might be the best way to diagnose why your doggie is dehydrated.

A vet might be able to tell you whether your dog is just dehydrated or if there’s something serious, like diabetes or kidney issues, both of which can cause dehydration. Symptoms like excessive drinking and urinating may be cause for concern.

To prevent dehydration, ensure your dog has a clean source of cool water, and change the water in their drinking bowl regularly.

Aside from addressing the specific issues stated above, there are other remedies in case your dog has a dry and cracked nose.

Get a nose balm

Getting a nose balm is a great way to solve a French Bulldog dry nose. However, confer with your vet to make sure that your dog doesn’t have any underlying medical conditions that make it allergic to certain types of balms. This balm is designed to heal dry and cracked noses and is made from completely organic and natural materials. It is veterinarian-approved and has key natural ingredients such as Kukui nut oil, Coconut oil, and Chamomile, which all help moisturize.

They have several other types of moisturizers and balms which cater to different parts of your pup’s body.

You probably have some olive oil lying around at home, and that’s a good option for moisturizing. You can rub it on your Frenchie’s nose, paws and ears to keep them from getting dry. Don’t worry if your Frenchie gets some in its mouth since it’s natural and non-toxic to dogs.

Almond oil, Castor oil, and coconut oil are also good options, but you have to take care of some aspects. For castor oil, make sure that you don’t let your Frenchie lick off a large amount of castor oil since it causes diarrhea, and you don’t want that.

For coconut oil, make sure that you choose a coconut oil that is 100% natural, cold-pressed, and extra virgin. This should ideally be introduced into your dog’s diet slowly. Otherwise, your doggie can get stomach aches. Once your Frenchie gets used to it, you can easily apply a little on its nose to keep it from getting dry.

Cocoa seed butter is also a great substitute for balms. It can be used to moisturize paws and elbows as well!

Well, we hope this guide helped solve your query and that you are successfully able to identify and prevent any issues with your Frenchie’s health. Good luck, and always remember to confer with your vet before making any big decisions! 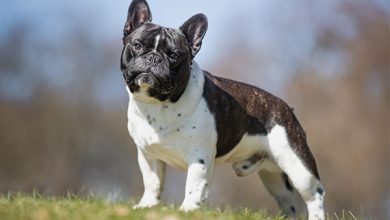 French Bulldog Personality And Temperament Traits: All You Need To Know 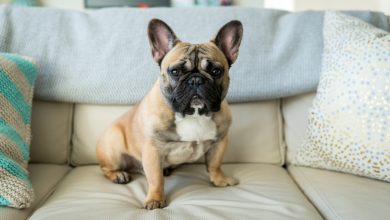 Why Do French Bulldogs Fart So Much?